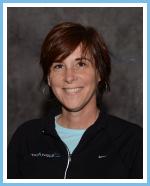 Fadool has served as Triangle’s Executive Director since July, 2011 after serving as Associate Director. Fadool began volunteering with Triangle in 2006 to provide marketing and operations support for Triangle’s newly commissioned Globe Center facility. Fadool’s focus on compliance, governance, and operational excellence provided the stability and structure needed to manage Triangle’s unprecedented growth from 2006-2010. She was hired as Triangle’s Director of Business Operations in 2007 and promoted to Associate Director in 2009. In 2013 Fadool led the expansion of Triangle’s Globe Center facility from four to seven courts allowing for significant team and program expansion. Fadool's boldest move was committing to be the first tenant in the newly established Wake Competition Center in Morrisville. In January, 2019 Triangle realized a long-term goal of having their own designed-to-suit facility. With over 46,000 square feet housing 8 oversized indoor courts, administrative offices, classroom, strength and conditioning space, full staff facilities, and 3 competition outdoor beach courts, Triangle's WCC facility is considered among the best in the Southeast. These accomplishments combined with her innovative approach to organizational development and business operations have helped distinguish Triangle as a market leader in youth sports.

Fadool has been instrumental in the development and implementation of Triangle’s extensive year-round slate of volleyball training. Her strength in strategic marketing management has played a key role in Triangle’s emergence as one of the premier clubs in the nation. Fadool has contributed to the comprehensiveness of Triangle’s club-wide training program by leading several injury prevention initiatives including the installation of an orthopedic subfloor, incorporation of the PowerCore 360™ hitting curriculum, and development of Triangle’s physical therapy interface with Trinity Wellness Center. These efforts to advance safety in sport led to Triangle receiving the 2018 National Council of Youth Sports S.T.R.I.V.E. award.

In 2009, Fadool planned and executed on an eight-week time frame MAPL Raleigh, a 12-court convention center tournament which was the first-ever such event in Raleigh. In 2016 Triangle added the City of Oaks Challenge, a three-day event at the RCC over the Martin Luther King, Jr. holiday weekend. The ongoing success of MAPL Raleigh and the introduction of City of Oaks Challenge has firmly established Triangle’s reputation among city leaders and the local business community as a respected contributor to downtown economic growth. These contributions are among those which led to Fadool’s selection in 2014 as a recipient of USA Volleyball’s Robert L. Lindsay Meritorious Service Award. Her contributions and that of Triangle to the economic development of downtown Raleigh were recognized in 2016 when Fadool received the most prestigious honor from the Greater Raleigh Convention and Visitor’s Bureau, the Thad Eure, Jr. Memorial award which recognizes an individual or group who has made significant contributions to Wake County's hospitality industry.

Fadool was elected to the Junior Volleyball Association's [JVA] Board of Directors in 2015 and currently serves on the Executive Board as Secretary. Fadool has presented multiple times at the AVCA annual conference and has participated in multiple webinars for the JVA.

Fadool holds a B.S. in Chemistry from Central Michigan and a M.S. in Chemical Engineering from Michigan State University. She has over 20 years of leadership experience in community organizations and the not-for-profit industry. Sherry and her husband, John, live in Raleigh. They have two adult children, Jeff and Michelle [Triangle Class of 2010].