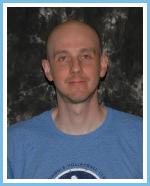 Frank joined Triangle in 2012 after relocating from Boston, and brings a wealth of positional expertise and experience to the gym. Frank has played and coached volleyball since high school where he was a three-year varsity member and all-conference selection, going on to play at Northeastern University and earning all-conference honors before graduating in 2002 with a degree in electrical engineering.

Frank's extensive coaching experience includes 15 years coaching boys' and girls' high school and club. In Massachusetts for the Beantown boys club, Frank's teams qualified in Open for USAV Junior Nationals at both 16s and 17s (the first team from New England ever to qualify for boys or girls in Open), finishing in the top 25 each time. He also guided his girls team at SMASH Volleyball to USAV Junior Nationals in 2011 as well. As head coach at Brookline High School, Frank's teams earned multiple league and district championships, and he was named 2011 D1 girls coach of the year.

In 2021, Frank served as a co-head for Triangle 15 Black. The team qualified open at The Big South when they finished T5. The team also finished T3 in Open at NEQ, won the 15 Open Championship at JVA World Challenge and finished the season with a national ranking of 11th by PrepVolleyball.com. In the past, Frank has also served as a resource coach, positional training coach for middle blockers, head coach of 14 AAU and 16 White, and assistant coach of 18 Black. Frank works as the Director of Audio Visual at Collaborative Technology Solutions, LLC. He and his wife, Melanie, have two boys, Asher and Gavin.