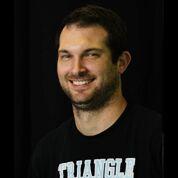 Barber joined Triangle in 2006 and has coached in the 13s, 14s, 15s, 16s, and 18s age groups. Highlights of his previous seasons include multiple trips to USAV Junior Nationals, a Carolina Region championship, five gold finishes at national qualifiers (including 16 Blue's top five finish at the Big South Qualifier and Lone Star Classic in 2014), and three second-place finishes at MAPL events. In addition to team coaching, Barber leads many camps and clinics at Triangle and at various colleges and universities. Barber also is the head coach for Cardinal Gibbons High School in Raleigh and led the Crusaders to state championships in 3A in 2010, 2011, 2012, 2013, and 2014, and in 4A in 2015. In 2012 Barber received Triangle's Sam Casey Caram Excellence in Coaching Award, which is presented to the coach who best demonstrates exemplary dedication and commitment to the mission and goals of Triangle Volleyball Club.

Barber’s contributions have been instrumental to the success of some large projects at Triangle, including MAPL Raleigh, City of Oaks, Score the Floor, and the 2013 gym expansion. Originally from Greensboro, Barber has lived in Raleigh since he attended NC State where he graduated in 2003 with a bachelor's degree in creative writing. He also played for the NC State men's club team. He currently resides in Raleigh with his wife, Logan, and his twin boys Isaac and Beckett.