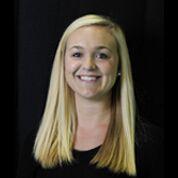 Hendricks, a Triangle alumna from the Class of 2012, joined the Triangle coaching staff in 2012 and has served as an assistant and head coach in the 11s, 12s, 13s, 15s, and 17s age groups. Most recently, she served as the head coach of 17 White for the 2020 seasons and 15 Blue for the 2019 season. In 2016 Hendricks helped to lead 17 White to a second-place finish in the American Division at the Big South Qualifier and a top 20 finish at AAU Junior Nationals. Hendricks also has served as the JV head coach and varsity assistant coach at Saint Mary’s School in Raleigh and in 2017 served as the assistant coach of the Meredith College Avenging Angels.

Hendricks graduated from Meredith College in May of 2016 earning a bachelor's degree in exercise and sports science with a concentration in health and wellness. While at Meredith, Hendricks was a four-year starting outside hitter and earned USA South All-Conference Honors and USA South All-Academic Honors. During her senior season she was named co-captain and was recognized as Best Offensive Player while also earning the prestigious Dean Burris Award.

During the 2016 club season Hendricks served as a PACT (Power, Agility, Core Training) coach assisting in strength, conditioning, and mobility program implementation at Triangle. She also served as the fitness coordinator for Meredith College volleyball during the 2015 season. Hendricks spent a few years as a personal trainer and group fitness instructor at numerous fitness facilities across the triangle. She now works full-time as a Client Success Manager at Relias, a healthcare solutions company in Cary, NC.